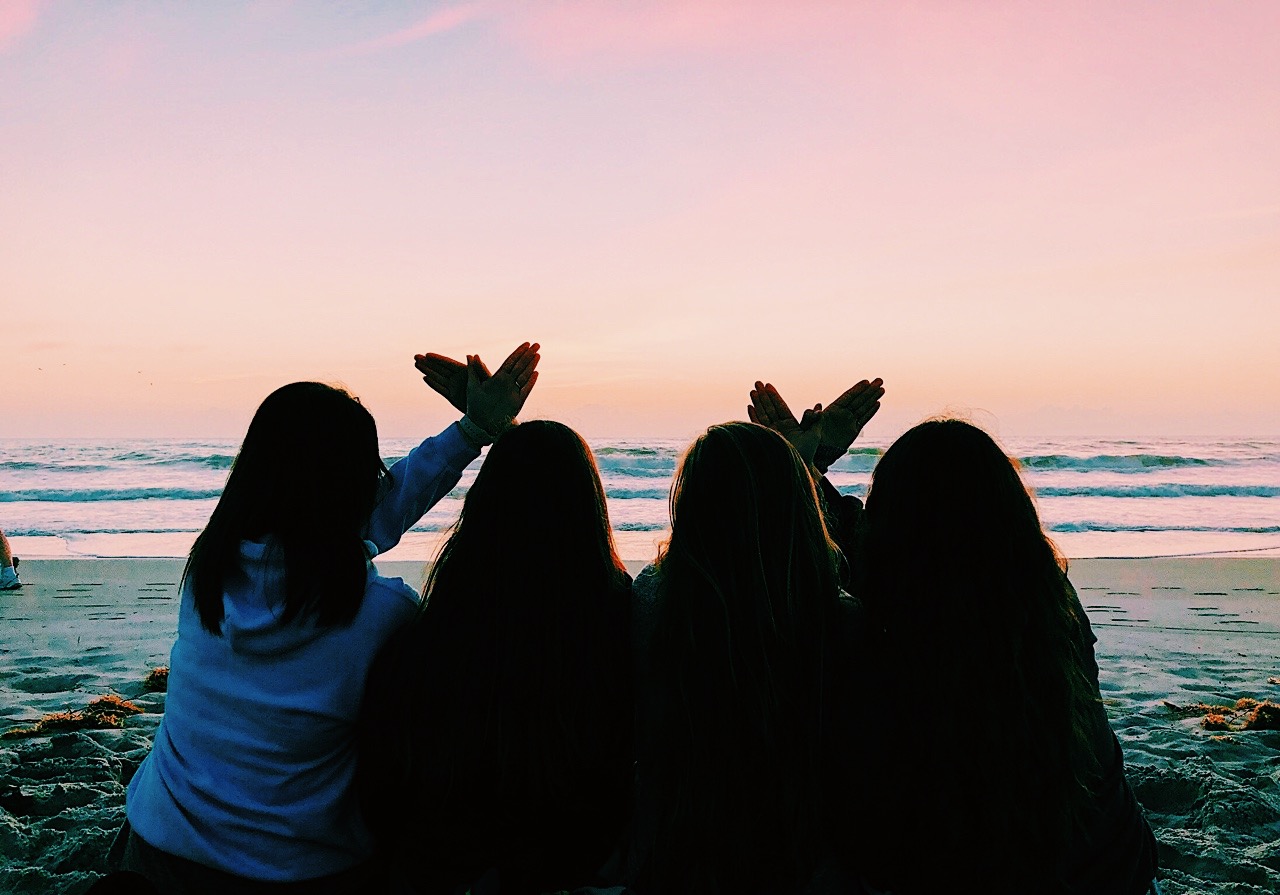 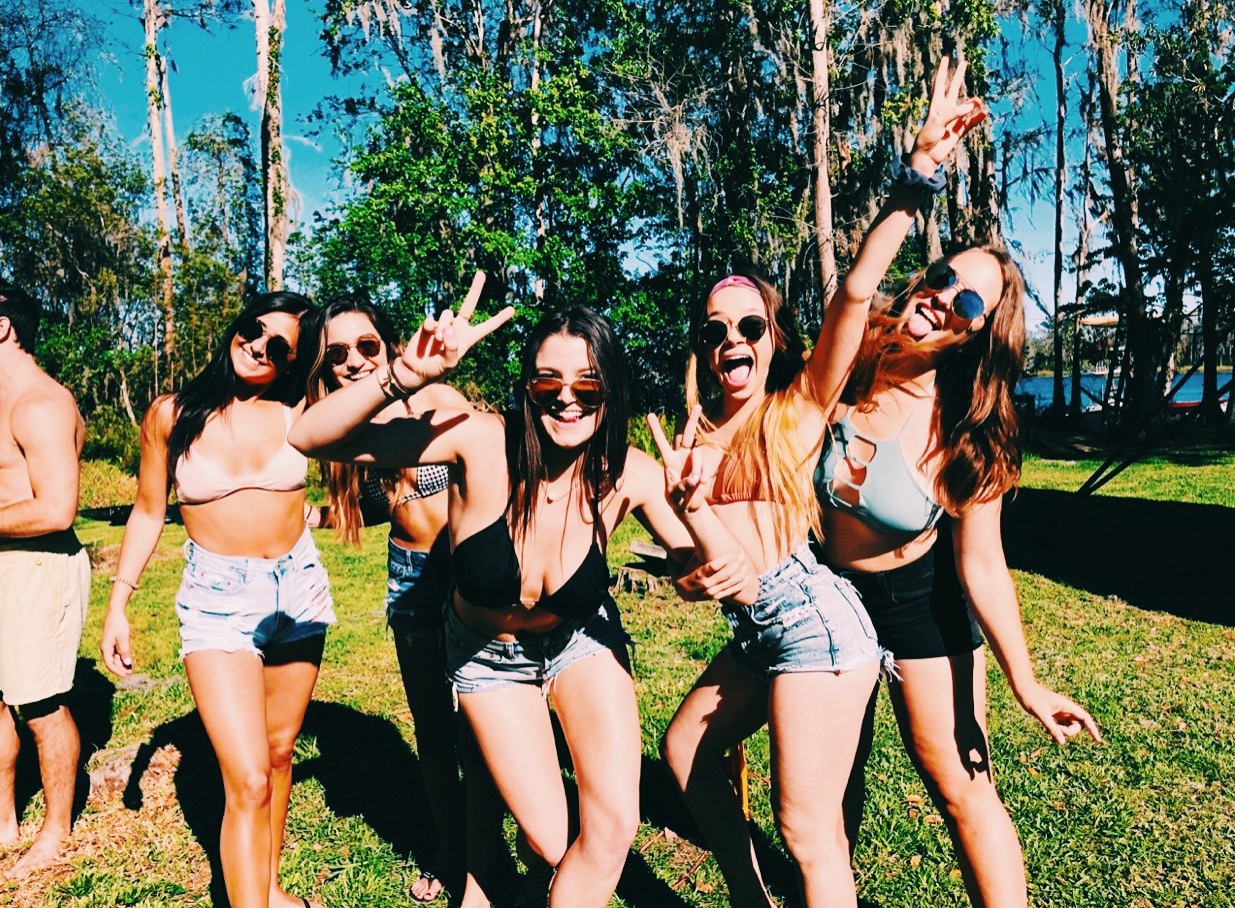 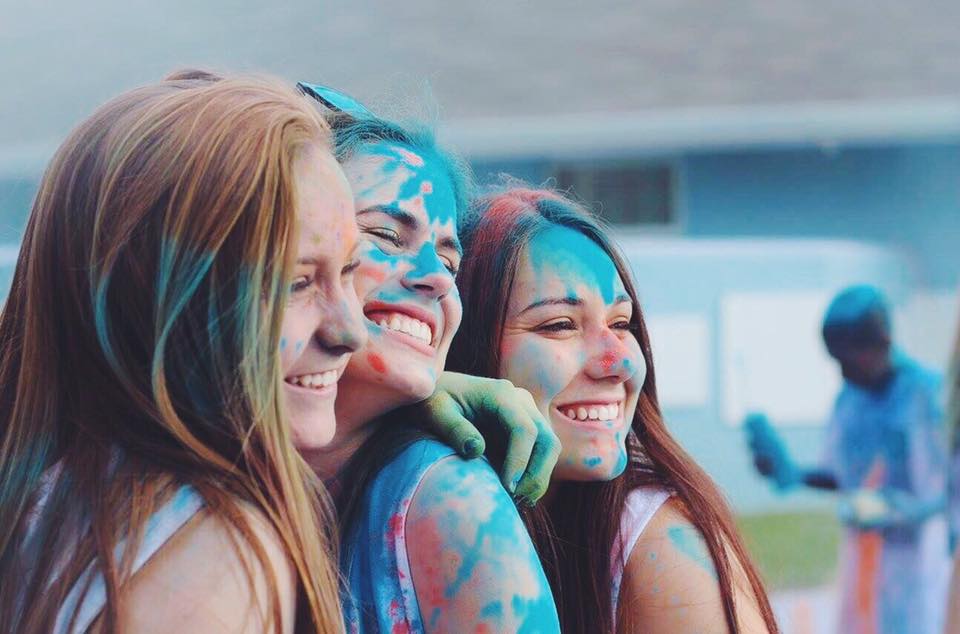 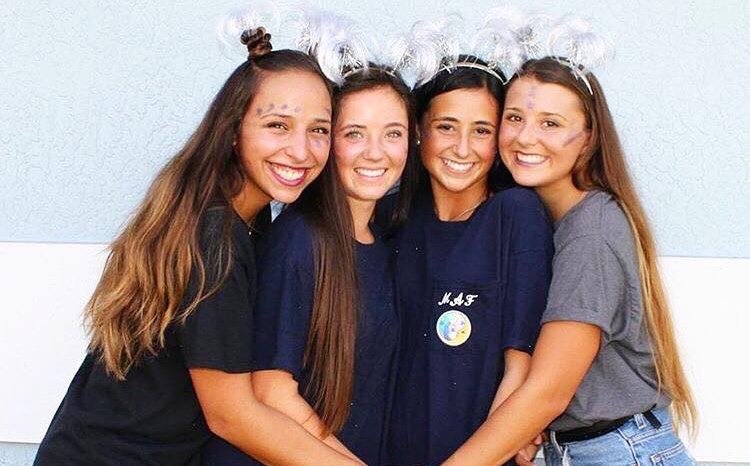 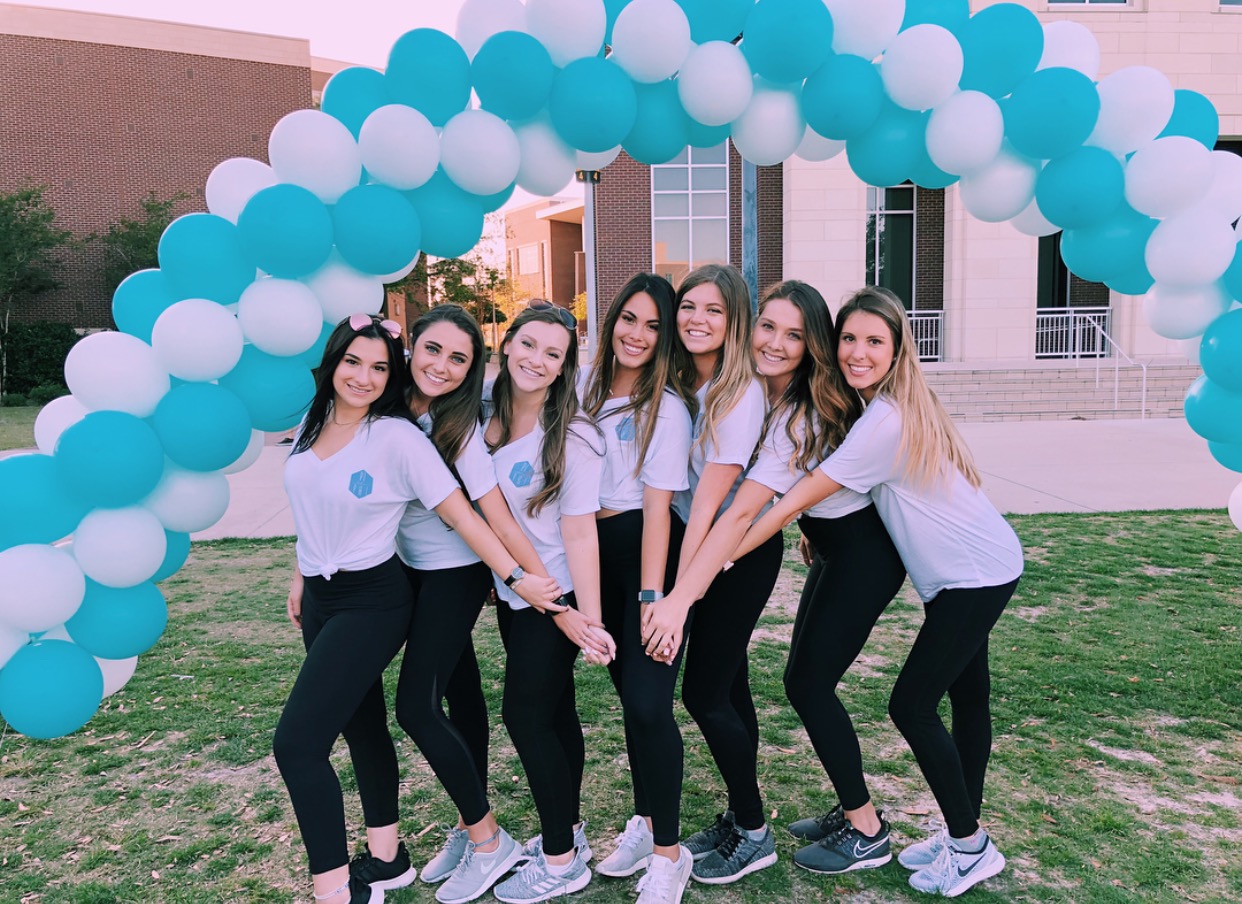 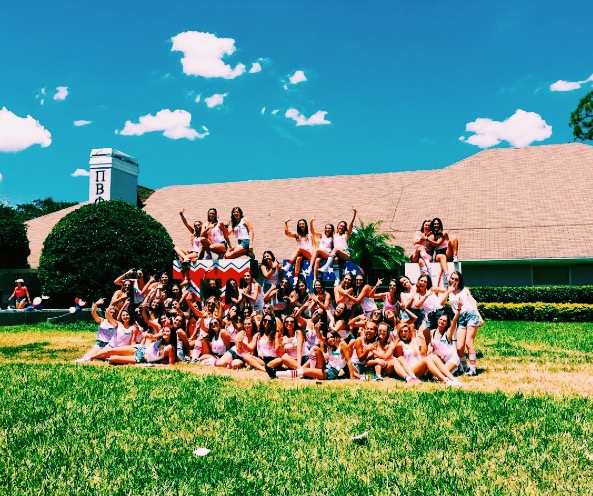 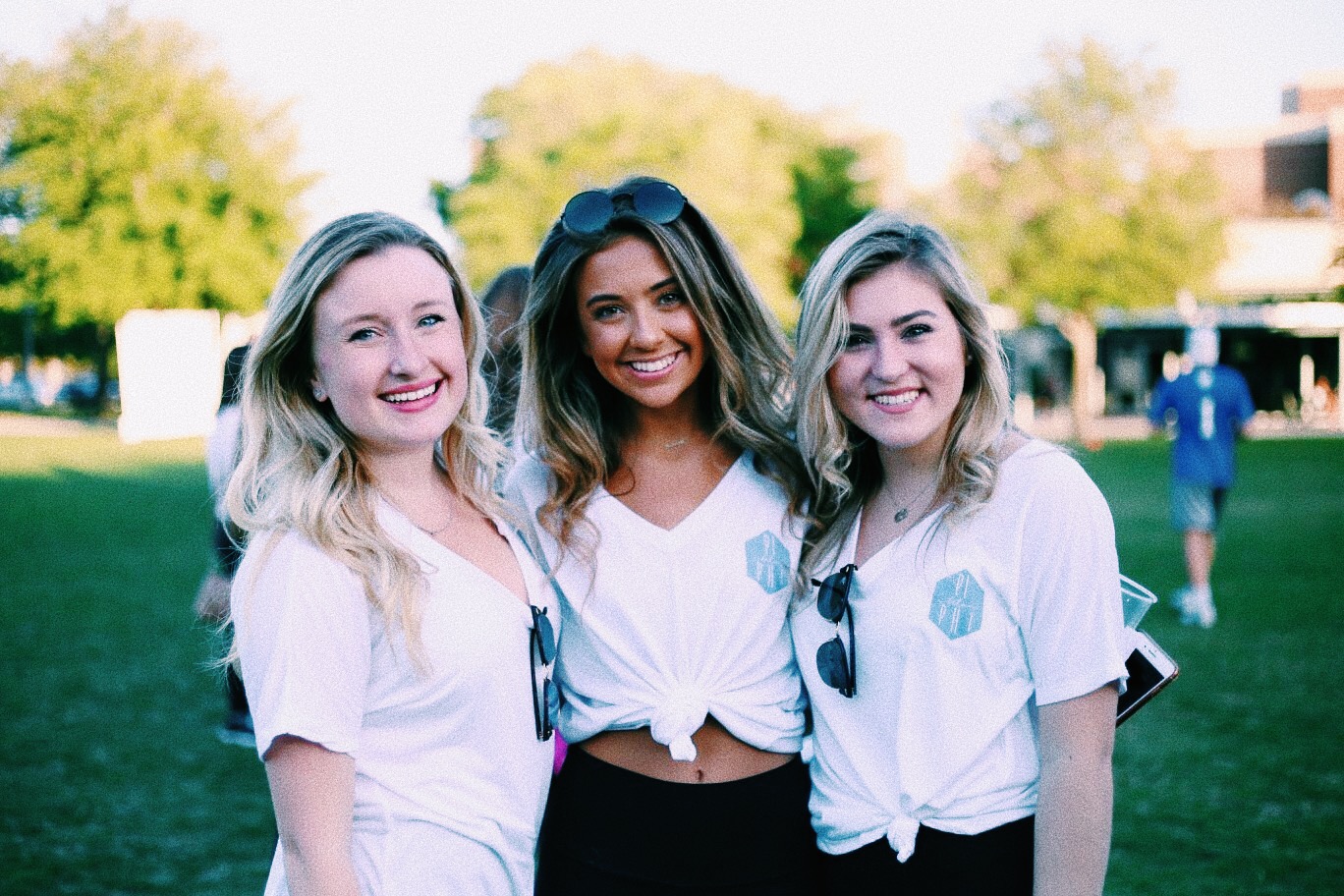 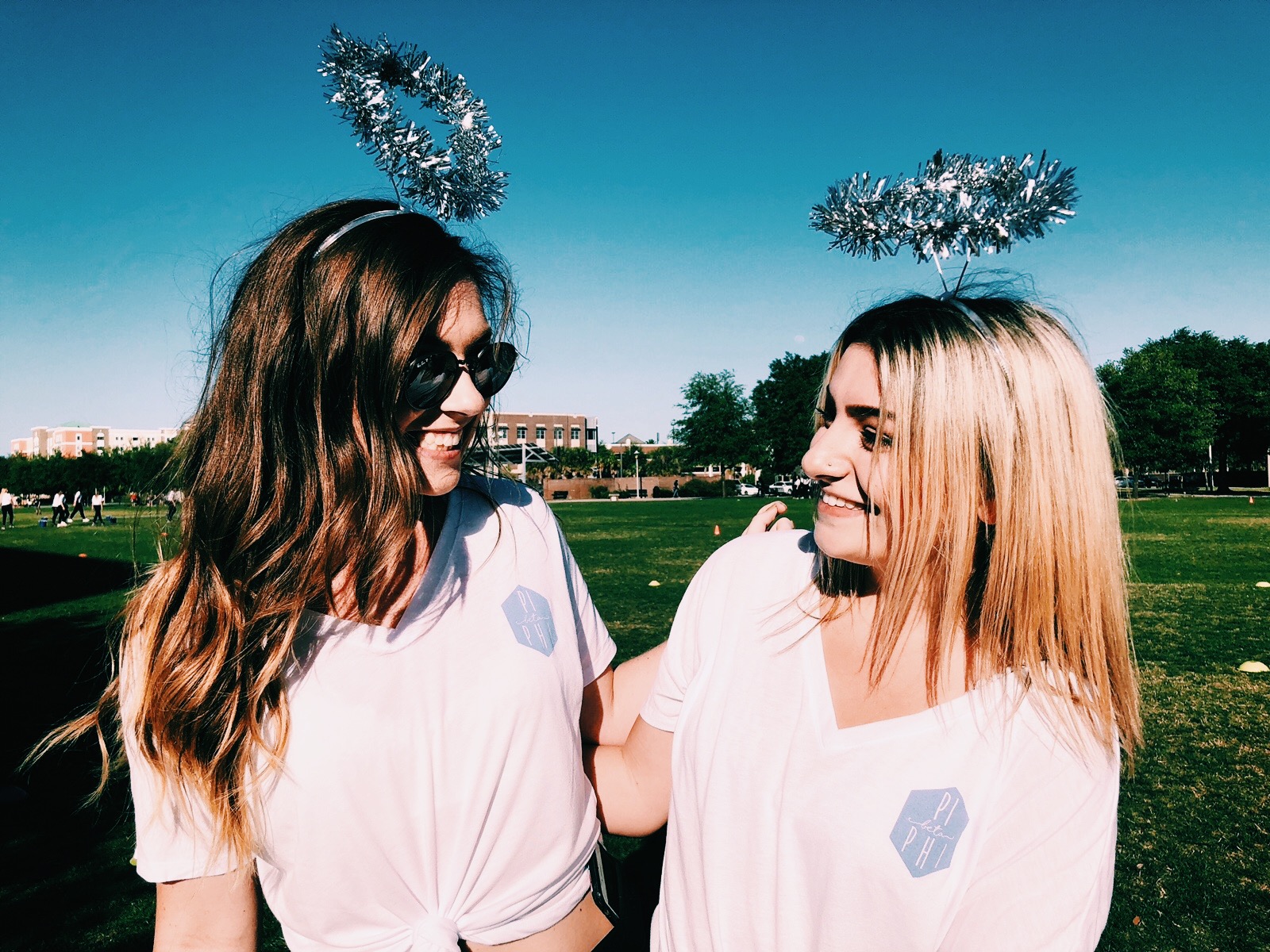 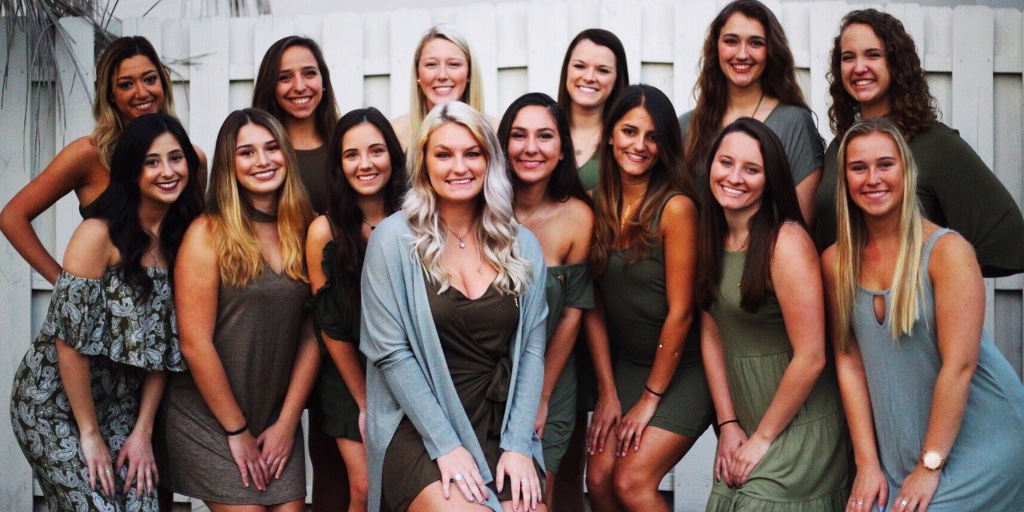 Being an active part of the Panhellenic community on campus means participating in and giving back to other chapters' philanthropy causes. The members of our chapter are heavily involved on campus and are involved in multiple organizations

Pi Beta Phi continues to succeed in academics, philanthropic service, on-campus involvement and overall good character. It's an honor to continuously be recognized for our hard work and achievements, both as an organization and as individuals.

Pi Beta Phi honors and gives awards to its high achieving chapters and members. Chapter awards are based on the Chapter Evaluation that is completed by the Executive Board each calendar year. Each chapter strives to be a “Phi” level chapter and to be recognized as a Chapter of Excellence at convention. The highest and most prestigious chapter award, called the “Balfour Cup,” is given to the number one chapter amongst all Pi Beta Phi collegiate chapters.

In 2014, FL Epsilon was fortunate enough to be the first runner up for this prestigious award. It was remarkable to be able to see all the hard work pay off at the 2015 convention! FLE is only striving to become better and better each and every year.

Due to the efforts of the 2015 Executive Board, Florida Epsilon was humbled to accept the "Chapter of the Year" award amongst all Greek organizations at UCF. This prestigious award acknowledges one chapter that has gone above and beyond not only within their own organization, but within the UCF and Orlando community as well. It is a true honor to be recognized for the hard work and dedication our Pi Phi sisters continue to prove on a daily basis. This award only pushes our sisters to work even harder and become better versions of ourselves everyday.

Every year our chapter participates in Knight-Thon where we help raise money for Arnold Palmer Hospital for Children. In 2018, we had 59 girls participate in their dance marathon and were able to raise more than $43,000! 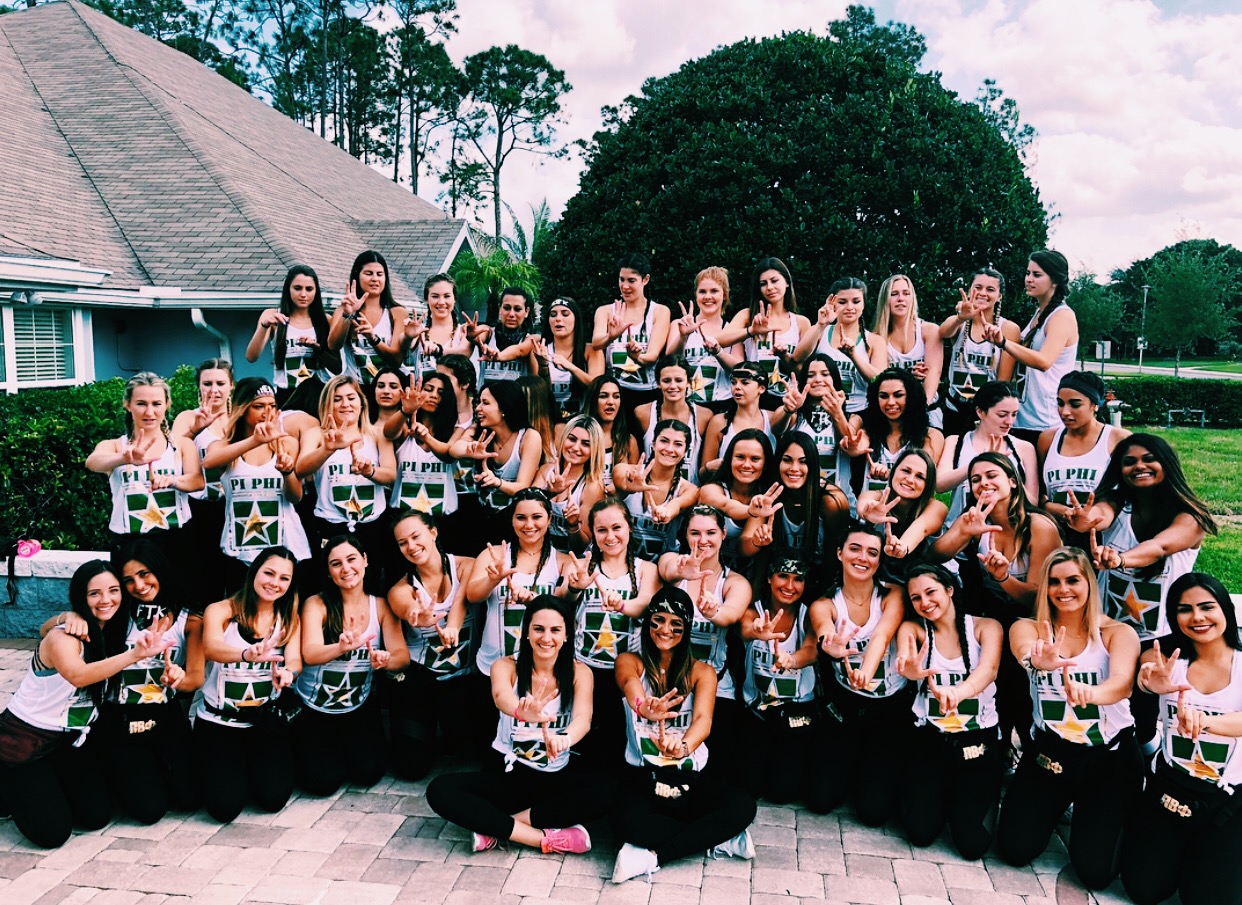 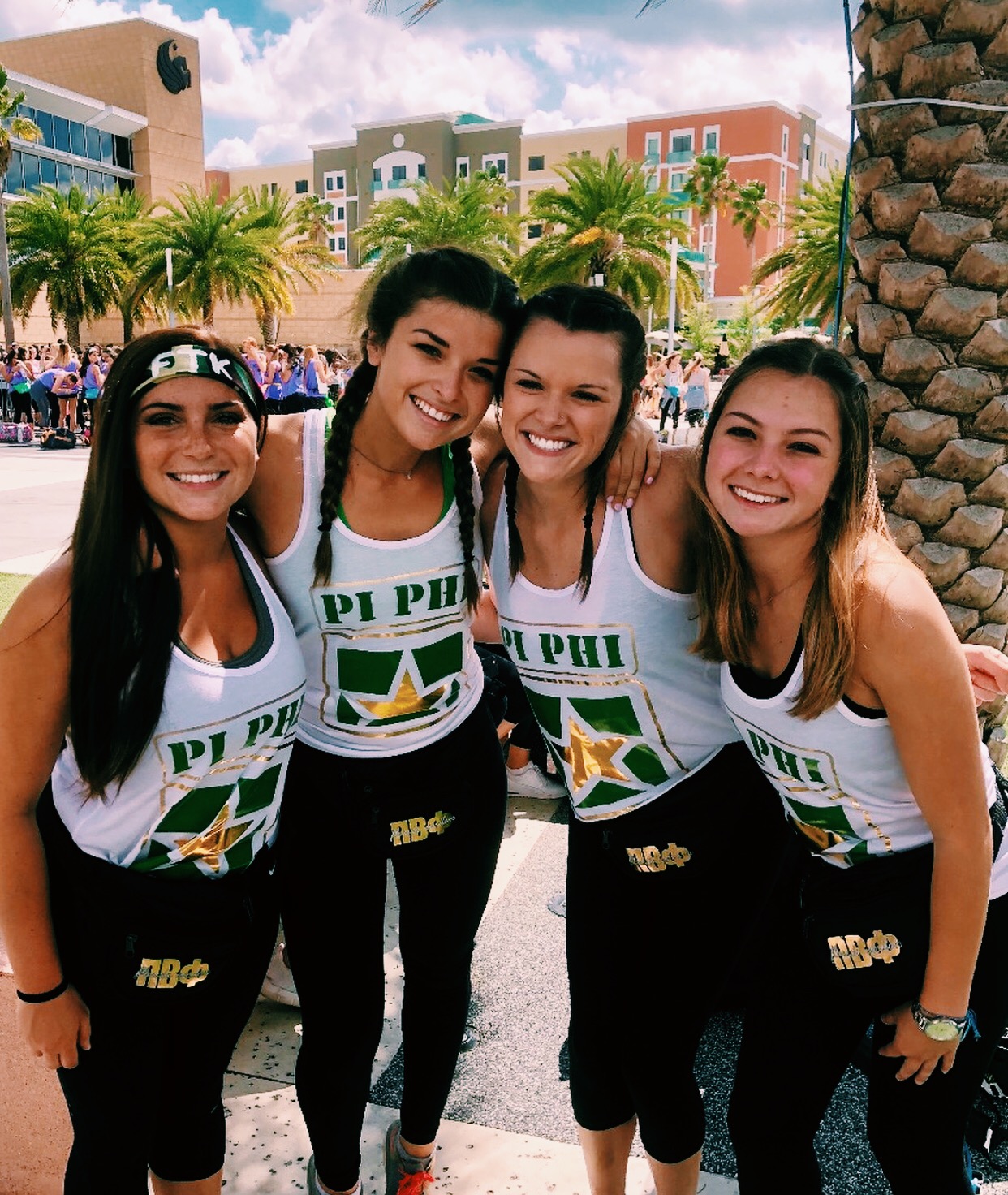 Hannah, one of our members, volunteering with the Mental Health Association of Orlando and helping raise awareness about the importance of mental health. 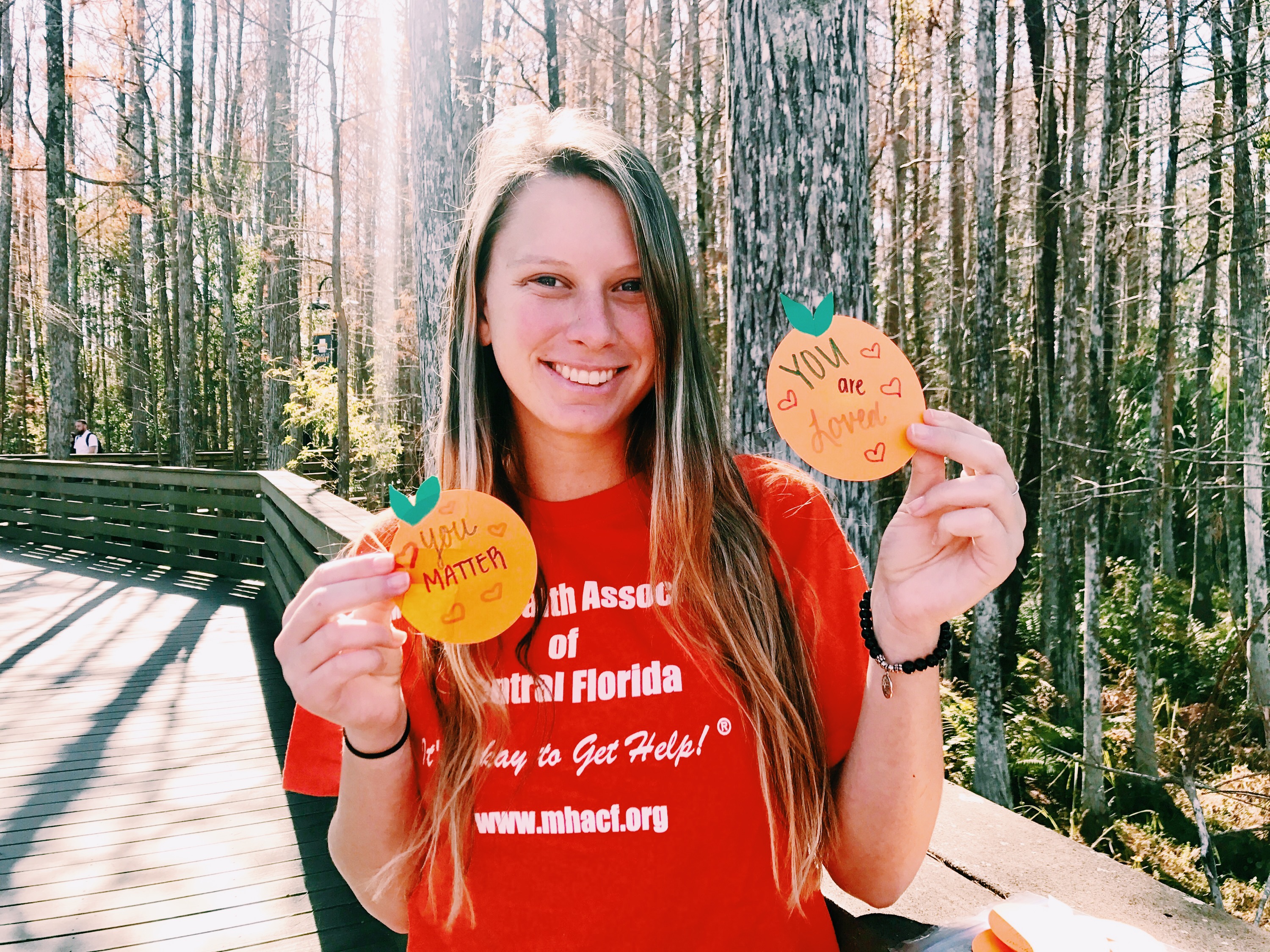 Our sophomores, Kaylan, Riley, and Canon, participating in Relay for Life where they were able raise money for the National Cancer Society. 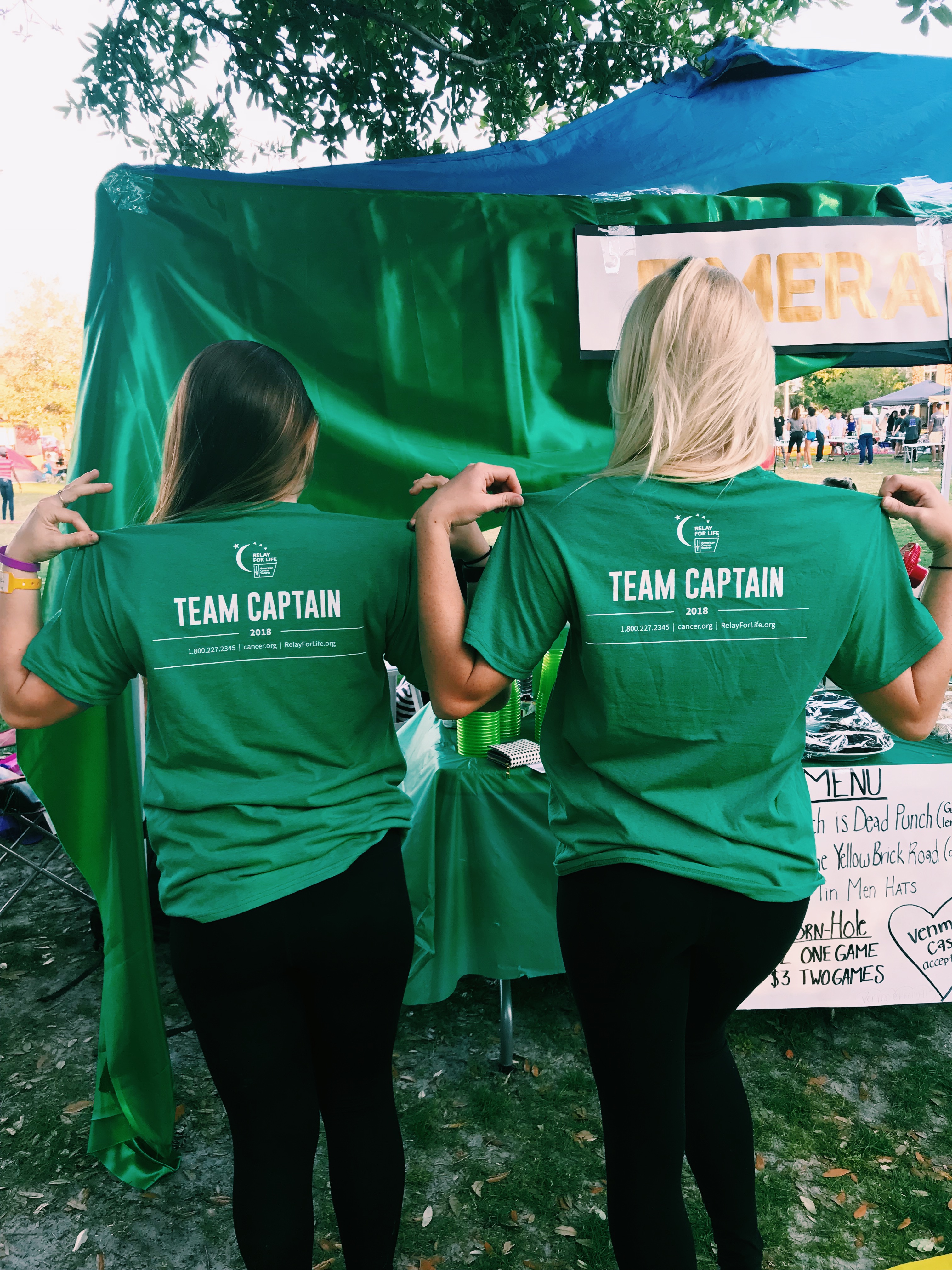 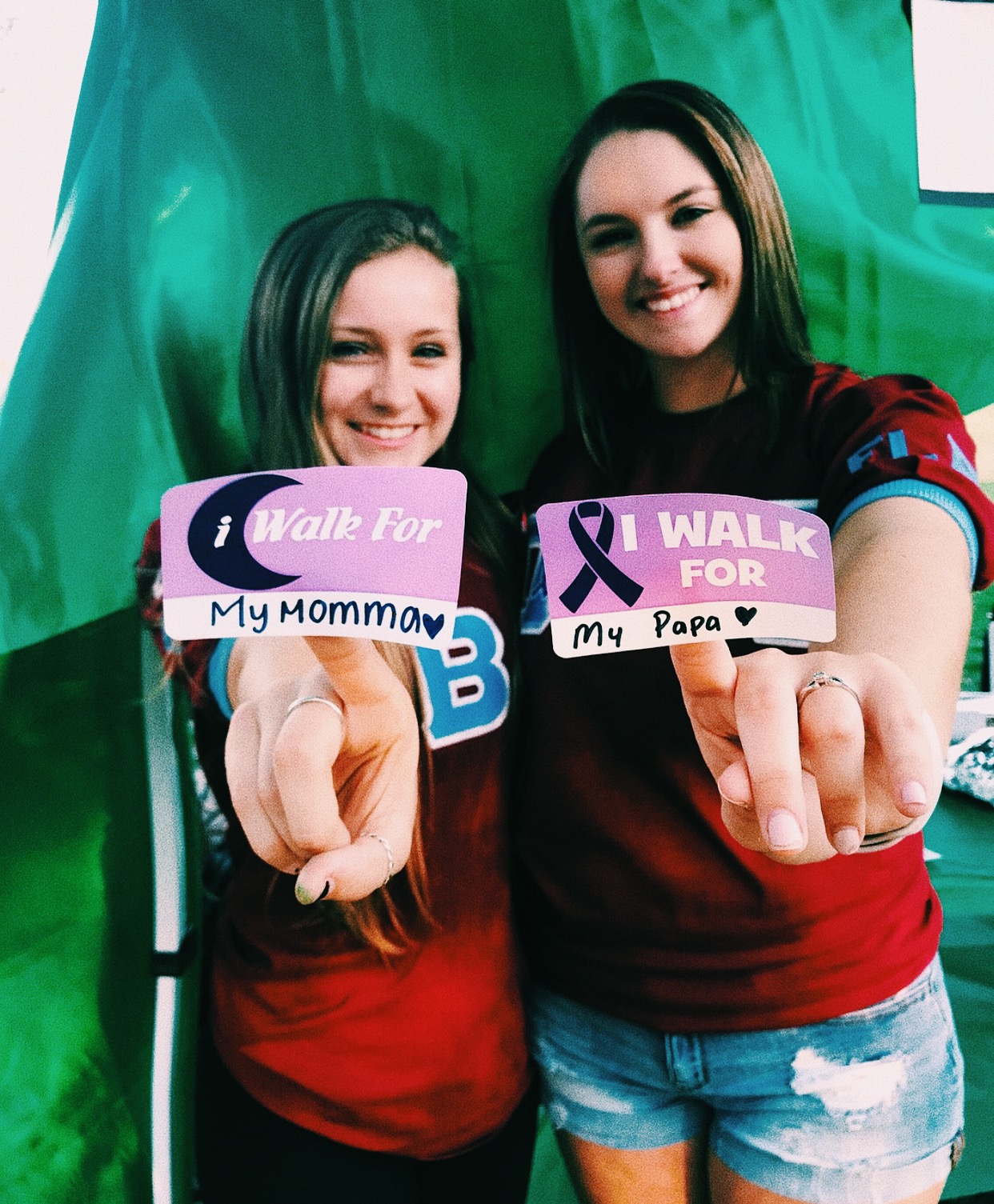 Our member, Madeline, helped create "Green Greeks," which is an organization campus where members of the Greek community helped plant gardens in sorority and fraternity yards. Madeline is heavily involved on campus and serves on our chapters executive board. 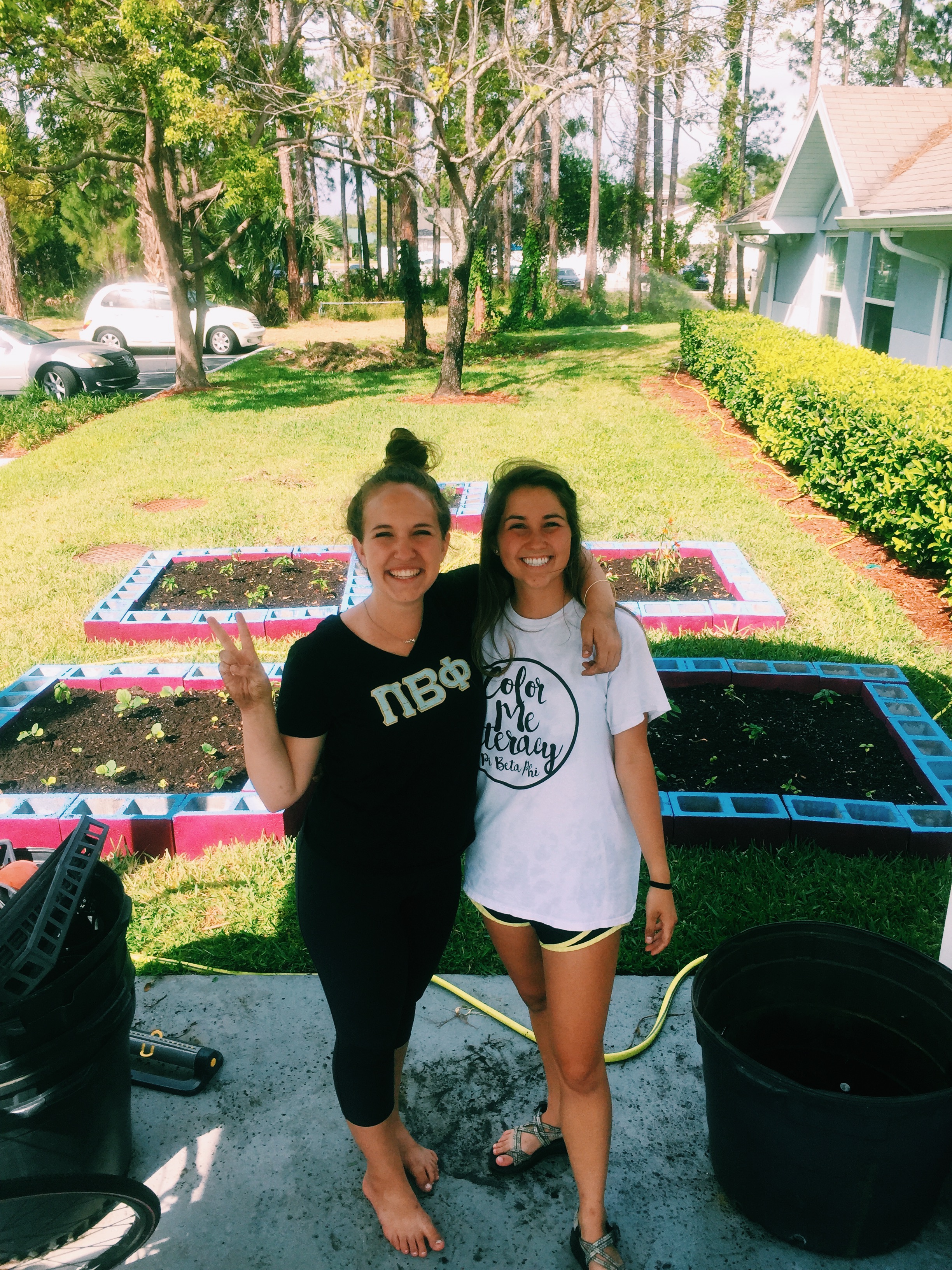 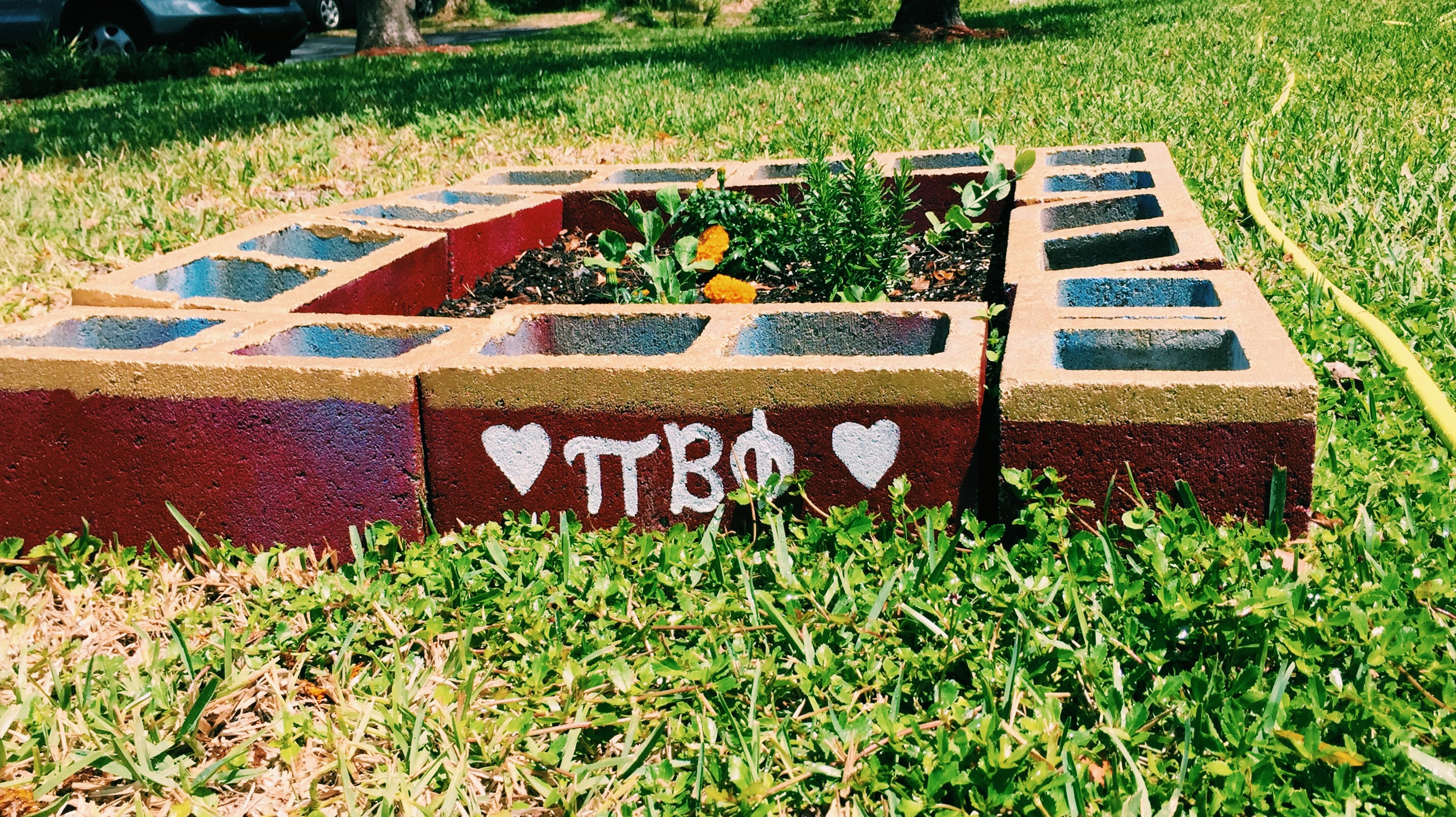 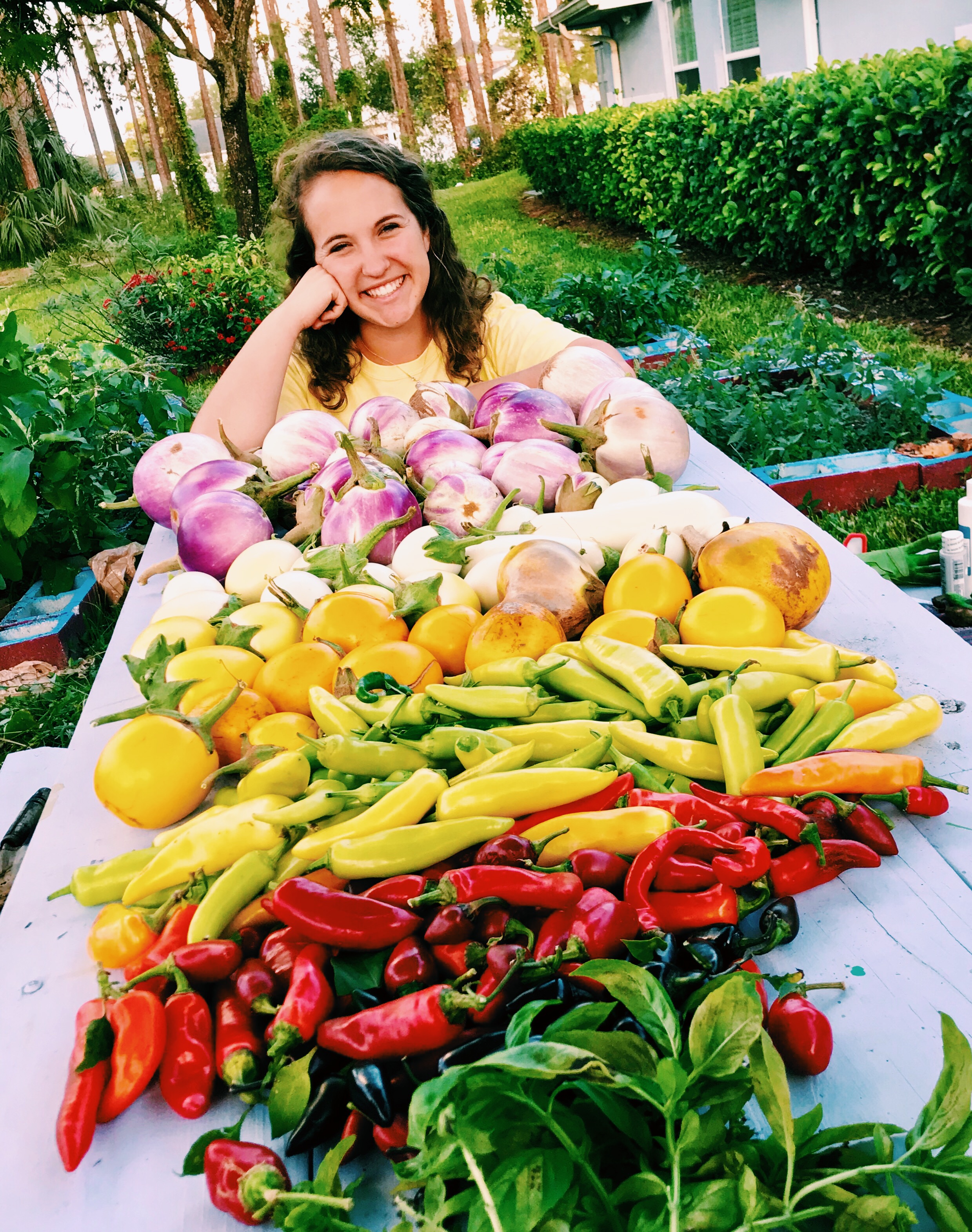